We're hosting a meetup this Friday at the SF office. Ted will give a quick update on new Ford, and then it'll be time to relax, listen to music (our friend Grayson will be playing records), and talk IRL. Feel free to bring your laptop, and we'll install Urbit for you and give you a tour of Arvo.

This week, the interface team -- Galen ~ravmel-ropdyl, Gavin ~ridlur-figbud, Jimmy ~haptyl-wanwes, Chris ~sigtus-hossyn, Isaac V ~davtyr-nimren, Logan ~tacryt-socryp, and Anthony ~poldec-tonteg -- has continued building the new Arvo frontend. Here's a teaser of something the desktop guys have been working on: 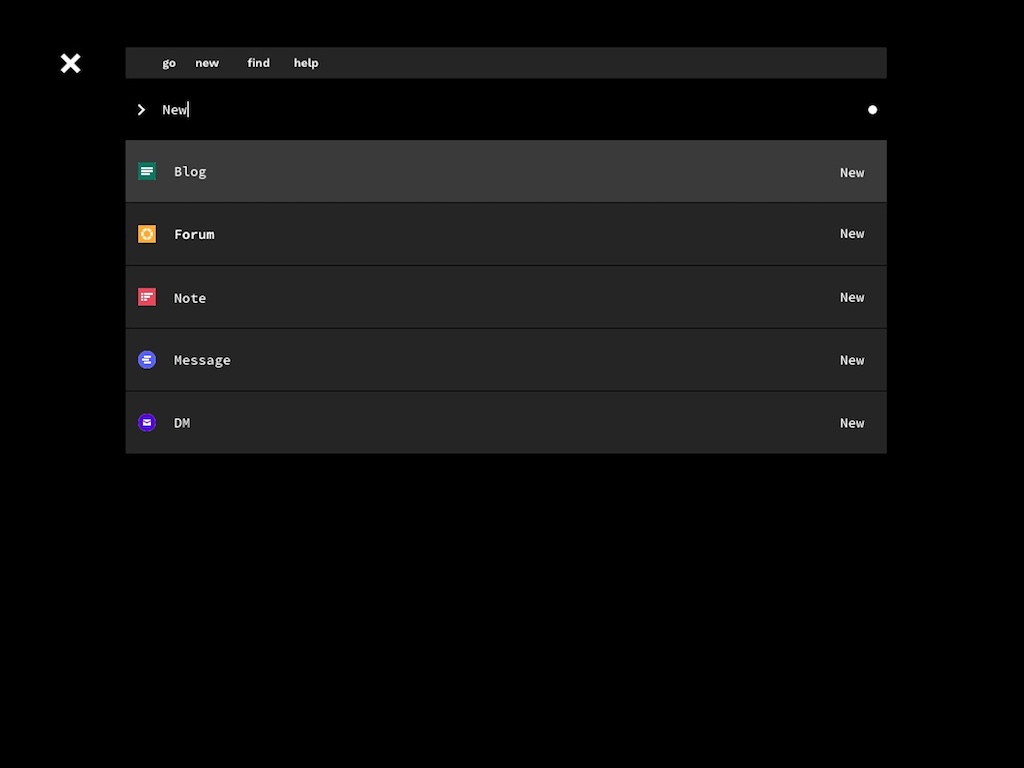 Joe ~master-morzod fixed an important performance issue in Vere where galaxy IP resolution has been happening synchronously. This now works asynchronously, which should help take some load off of our stars. He also got support for /.well-known/* LetsEncrypt paths working in Eyre and refactored a lot of parsing and cryptography code in Arvo as part of his HTTPS-implementation work on his personal WIP Arvo fork, to be brought onto master soon.

Keaton ~tonlur-sarret got a demo AMI (Amazon Machine Image) working on Amazon Web Services with the Urbit binary pre-installed, avoiding the need for the user to manually build from source. He plans on documenting this more and working on a clean-slate onboarding system with Morgan ~hidrel-fabtel for our summer MVE release. But for now, consider this a proof-of-concept for one way to get an Urbit running in the cloud more easily. You can follow the short bulleted steps here to get up and running .

Ted ~rovnys-ricfer and Elliot ~littel-ponnys are getting their new beautiful build system closer to the finish line. New Ford supports nearly all of the functionality laid out in the original Urbit Proposal and passes all current tests. This past week, Ted and Elliot have implemented more schematics and a bunch of the +cranes, or Ford runes. If you're into build systems, check out their more detailed updates they've been posting as comments to the UP.

Mark ~palfun-foslup has been working on getting the Urbit/ETH integration logic into Jael, Arvo's new secret-storage vane, to go live in the summer MVE release. Part of this is implementing direct support for querying the Ethereum blockchain for the state of the the Urbit constitution smart contract. In this model, Urbit ships can choose to either get this state directly from their parent stars or galaxies, or they can query the blockchain themselves. An important step towards making Urbit address-space ownership real, Mark's work-in-progress can be found here.

Josh ~taglux-nidsep and Robert ~lodleb-ritrul have been continuing to do ~zod's work to improve the state of the Urbit documentation. Josh has been writing a new Hoon tutorial series to supersede the current Urbytes, while Robert has been blazing a trail through the current standard library docs, making sure they're up-to-date and improving them as he goes. There's been a lot of activity on Github recently. Don't be shy: submit your first docs pull request, a classic rite of passage for the neophyte Hoon programmer.

Lastly, Josh, Ted, and Keaton will be live on Mars Talk tomorrow night, Wednesday at 8:30PM PST. We'll post the Hangouts link in Talk. Tune in!

Overall, summer is getting closer, and we're excited about the work that's getting done. More this week.

See you on Friday!