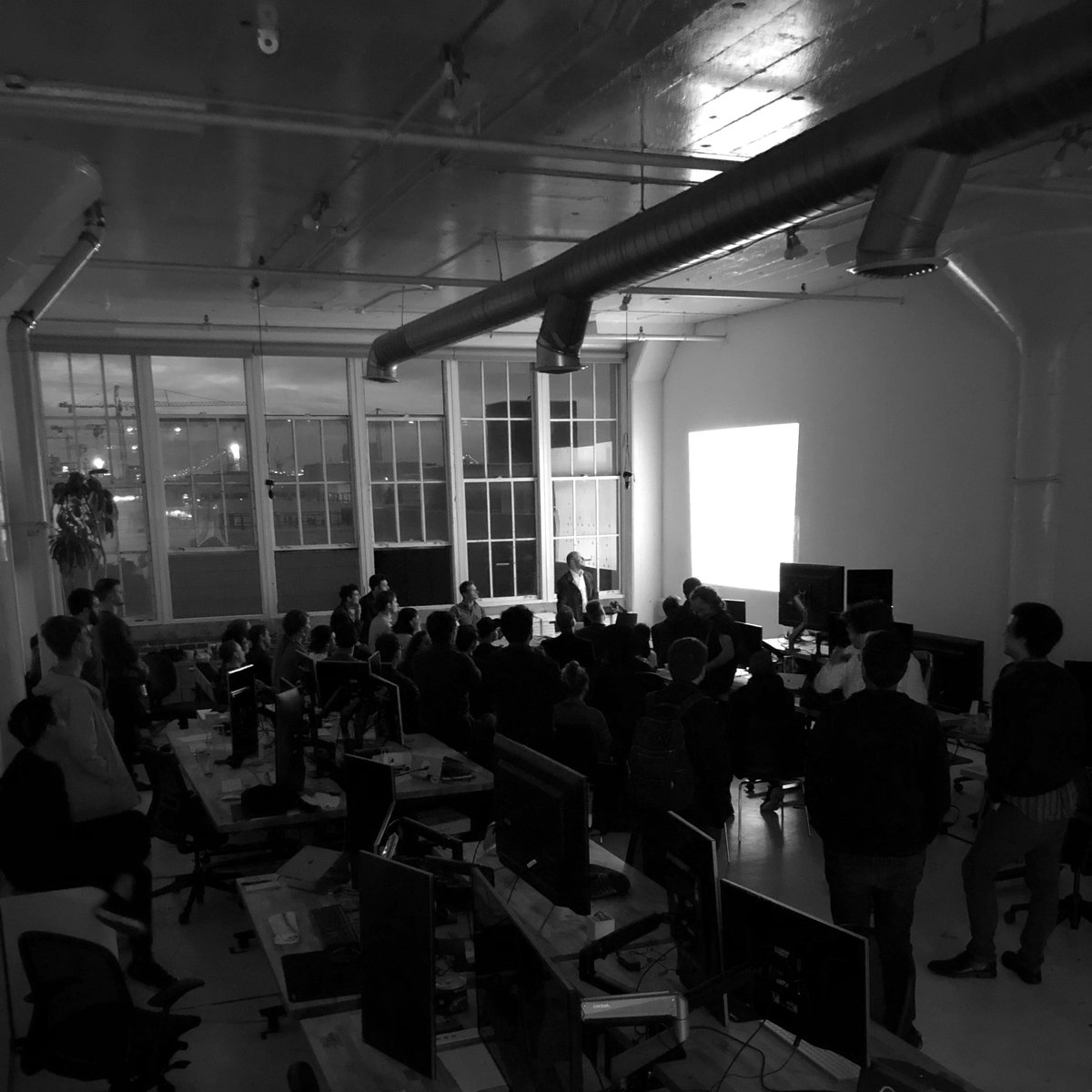 We had a great meetup last Friday. Thanks to Ted for talking about Ford, Grayson and Morgan for DJing, and everyone for showing up! We'll keep you updated about the next one.

We performed a continuity breach last week. This means that, if you haven't already, you need to recreate your urbit. The good news is: the network is faster, people are hanging out in in /urbit-meta, and a couple of infrastructure changes were made to make urbit.org authentication and proxying a bit more snappy. See this post for help getting set back up.

Curtis ~sorreg-namtyv has been working more on data printing in Hoon. Still work-in-progress, the end result will have new, simpler ways to express Hoon types, data you want to print, helpful conversion arms accessible via the standard library, and a couple new runes. If you like deep language code and compiler internals, you can check out Curtis's research branch here.

The interface team -- Galen ~ravmel-ropdyl, Anthony ~poldec-tonteg, Logan ~tacryt-socryp, Chris ~sigtus-hossyn, Jimmy ~haptyl-wanwes, and Gavin ~ridlur-figbud -- has been working more on MVE. We'll have more to show in the next couple weeks.

Isaac V ~davtyr-nimren worked on Arvo and Collections last week. He implemented a query parameter in Eyre to support setting the longpoll timeout duration manually, which solves an issue in the way of us doing background refreshes in our iOS app we're developing. He also got Clay permissions logic into Collections so that the tool will support read-only, write-only, and private/invite-only collections in addition to public ones. Lastly, Isaac's been working on a static-site generator in Urbit to support more performance-ready web serving over Nginx in tandem with Eyre. The first step was modifying Kiln to support batch-writing multiple files to Clay at once. Isaac's work-in-progress can be found here -- check it out if you're looking to start hacking near the border between Arvo's interface and infrastructure.

Ted ~rovnys-ricfer and Elliot ~littel-ponnys finished all of the new Ford Turbo schematics (Ford build types) and a bunch more cranes (Ford runes). Their next step is to integrate new Ford with the current master kernel by loading it in as a separate vane, then incrementally connecting the wires needed for it to start working together with real Arvo. You can find Ted and Elliot's work here. If you're into functional programming, build systems, or just want to read the best Hoon code we have on display currently, check it out, and the updates they've been posting to their Urbit Proposal here.

Mark ~palfun-foslup worked on Jael, Urbit's new secret-storage vane, which we're also expanding to include the logic for querying the state of the Urbit consitution which will go live on the Ethereum blockchain in the coming months. Mark has been implementing the necessary Arvo +gifts and +tasks of Jael's to properly interface with the Urbit constitution via the Ethereum API, then update the local urbit's state of the land registry and other contract data so that it can use it for networking and in other services. You can find Mark's work-in-progress here. Check it out if you're excited by blockchains, or also just want to see what good, documented Hoon code looks like.

Joe ~master-morzod worked more on the HTTPS project. This week was mostly about refactoring the existing code by adding comments, renaming some things, and improving the style. Safe to say that when this project is done, we think it will be understandable. The ASN1 and PKCS libraries are mostly complete; progress will continue to finish up the last of the libraries and necessary styling, then integrate this into current Arvo/Vere. Joe's work-in-progress is here.

Josh ~taglux-nidsep and Robert ~lodleb-ritrul made a bunch more progress on the docs. Josh has been adding more to his new WIP Hoon tutorials, and both Josh and Rob have gifted us with several pull requests documenting the simple but elusive =, rune and refactoring much of the existing standard library doc. The docs are a great place to start learning and contributing. Check them out on Github, and submit an issue, tagging Josh and Rob, if you're confused by anything, or think something is documented wrong.

Josh and Ted also did a Mars Talk this week -- Season 2, Episode 6 -- to help people get started with Hoon. They went through some simple onboarding steps and basic math functions to introduce some of the fundamental concepts in Hoon. If you're new to Hoon and not sure where to start, check out that episode, and feel free to leave comments below here for feedback.