The Promise and Paradox of Decentralization 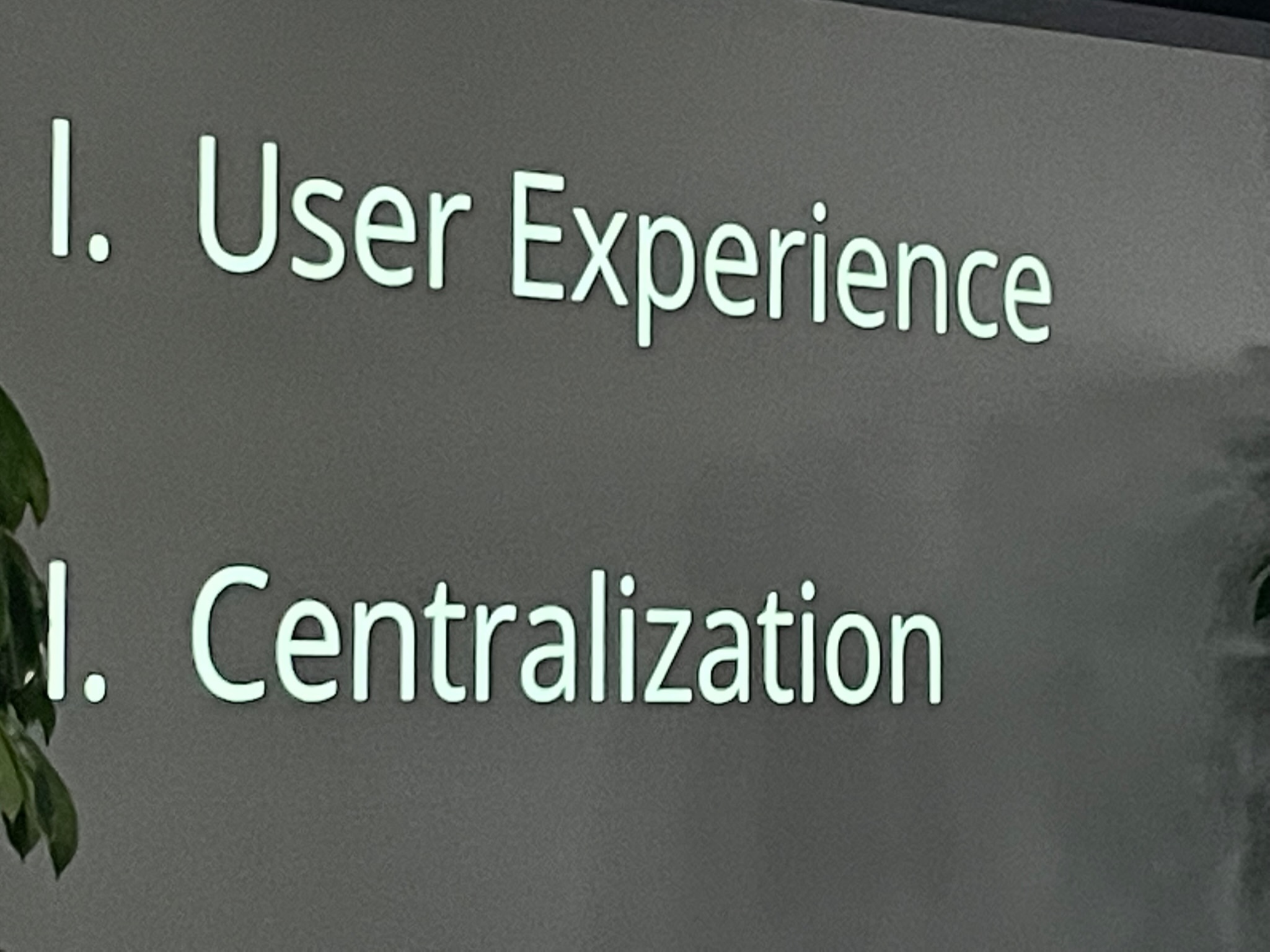 Every so often, a platform will do something outrageous—changing its terms of use, kicking off API partners, restricting the content category it was built on, banning Donald Trump, failing to ban Donald Trump, etc.—and we'll all realize we're utterly dependent on centralized entities that can make arbitrary and unaccountable decisions. Sure, you can build your own minimal Facebook or Twitter clone, if you really want, but can you build your own Cloudflare? How about your own payment network? If your company does something legal in your country but banned in America, and the US decides to sanction you, which leads to local banks cutting you off because they can't survive without access to the dollar, are you going to build your own reserve currency? Your own Taiwan Semiconductor Manufacturing Co. or ASML?

There are, to varying extents, efforts to do all of the above. But what's worth considering is that all of these bans happen through centralized actors running on decentralized systems. The Internet was supposed to be a totally open set of protocols that anyone could interact with, and for a long time it was, and yet getting kicked off Facebook and Twitter means being exiled from public discourse. Banks are regulated, but every country can set up their own banking regulations, and different countries see the social role of banks very differently; for some countries they're a tool of economic planning, for others a way to help connect local companies to global markets, for others a source of money that can be channeled to politically favored groups. The chip industry was historically very open to new entrants; the transistor was developed at Bell Labs, and for political reasons AT&T licensed it to all comers at a low price.

And yet all of these originally decentralized systems end up facing some degree of centralization.

The promise of a decentralized system is that anyone can build anything they want, because no one owns it. There are three important features of this; two downsides and a caveat:

An open, decentralized system is sparse: there's room for anything, which means that most of the possibility space consists of nothing at all. This creates a natural demand for onramps—Coinbase for figuring out Bitcoin, portals for figuring out the Internet, TSM for turning chip designs into functioning products, and the like. These create a complicated dynamic: these onramps are built on an open system, but part of their function is to close off some of it. And the better they do that, the more value they can capture. Meanwhile, because they have a monopoly on what they've fenced off, their economics support providing a better user experience. Make a really helpful update to the Bitcoin wiki, and you can feel good about yourself and perhaps contribute to the price of Bitcoin in a highly indirect way; design and launch an improved onboarding process at Coinbase and your contribution is quantifiable, and affects your next cycle's equity grants.

One of the interesting alternatives to this is Urbit, which is trying to build a network in which identity exists from the start, and is neither free nor monopolized. One of Urbit's principles is that users own their data, and while they can use third-party services, they're sharing their data with services, not using a login to access information that lives on someone else's servers.

This is a nice theoretical solution to the "build your own" problem above: if someone tries to start Twitter-but-without-banning-X, they begin with "Twitter-but-it's-100%-X," which seems bad until they reach the next stage where trolls arrive and they start to learn that Online Censorship is mostly about spam and gore and only occasionally about politics. But if they're moving their data around, and their friends graph with it, then spinning up a separate instance of the same service, pulling in the same content from their friends, and whitelisting someone who's blacklisted elsewhere is a lot more feasible.

At least at first. One of the problems with owning your own data is that it ignores the question of what format that data is in. Data formats are sometimes considered carefully, but they can also be hammered out fast to get a minimum viable product out the door. Then they evolve over time, accumulating cruft and complexity, until they might as well be encrypted.

And indeed, what's to stop someone from having a proprietary format that's literally encrypted? Or one that gets changed to an encrypted version later on? This is not a trivial point; if you're ever in a position where you absolutely have to share some information that you want to keep secret, the smartest thing to do is share a huge amount of confusing and poorly-explained information, or use an annoying but technically accurate format. Strict and unalterable rules are no match for determined adversaries, whether they're trying to play a prank, make a point, or maximize shareholder value.

But the data format questions are not rhetorical: there is actually an answer of sorts, though it's a frustrating one. Software systems are not just lines of code, but the entire extended system of people who maintain, host, and build on platforms. And the norms of those communities can push back against market pressures. I've been spending an increasing amount of time around Urbit users and devs, and they really do view the current centralized model of the Internet as anathema. They are aware that the fun apps we use are all either designed to be addictive from the start or subject to relentless evolutionary pressure to get more addictive. There's a history of norms evolving in response to new addictive behavior. And Urbit's architecture is a lot closer to norms than to the clumsy mechanism of laws; instead of centralized services that own data, there's a set of 256 Urbit identities that can route messages between users. Instead of single points of failure, there are a few hundred fallback options; instead of the binary of on-Facebook-or-anathematized, there's a 2^8 bit gradient.

One possibility for the successor to the current Internet is that it will end up being a system designed to support communities that achieve cohesion based on which forms of addictive or socially corrosive technology they reject. Sort of a digital version of the Amish, not rejecting technology wholesale but carefully considering every new technology before adopting it. If you assume that the pace of change in consumer-facing Internet stays high, and that it gets more compelling over time, then in the long run the only options are a) be careful what you use, or b) accept that you're outsourcing a growing share of your decisions to product managers and growth hackers who do not necessarily have your interests at heart.

Norms are not a perfect solution to these problems (if they were, we'd only know about issues like novel addictive behaviors, monopolies, and the homogenization of entertainment from history books). And technology can't fully solve social problems. But it can certainly have an effect on them—"you can't solve a social problem with technology" is a good guideline, but technologies mitigate them all the time. What's a streetlight if not a technological solution to the social problem that there are places where it's dangerous to be out when it's dark? What's asymmetric-key cryptography if not a technological solution to the social problem that it's hard to keep secrets? There's still a fundamental tension with open systems, where they get mature enough to be useful at which point the median user's priority is getting things done rather than adhering to the network's original design principles. But a design that recognizes this from the beginning, and a community that wants to make it happen, can stave off decline for a long time. And that's the positive story of technology: we're all fighting against entropy, which is a hard fight to win, but there are long and fascinating stalemates ahead.

(Disclosure: I'm long decentralization by way of Bitcoin and Urbit. If you're on Urbit and would like to discuss The Diff, go to ~lableg-tadrex/the-diff.)

Report from the field: Assembly 2021