A thought-experiment to explain the Urbit user experience. 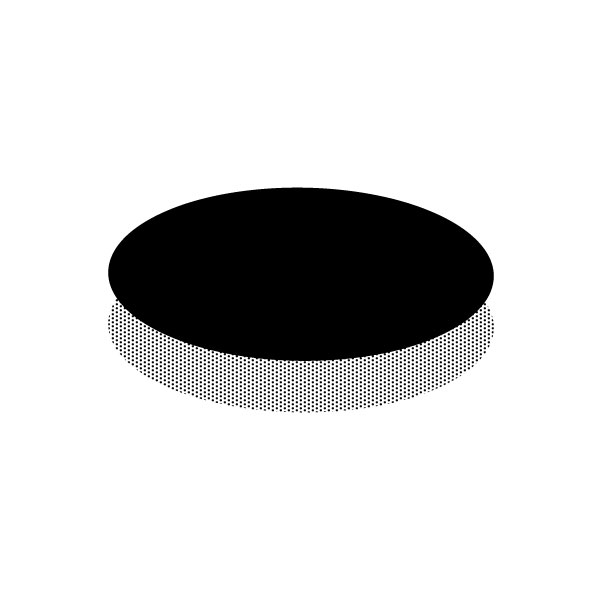 It's easy to get too obsessed with Urbit's alien technology. We didn't build Urbit for its tech. We built it for people to use.

It's also hard to understand the power of Urbit, because it's still quite immature. Unless you understand it already, it's just a weird OS that doesn't work all that well.

And this OS is supposedly designed as a new kind of product: a personal server. What is a personal server? If you had one, you'd know. Since you don't, you don't. So both your problem and our solution are totally unclear.

One way to understand Urbit is to forget the technology totally. Instead, let's build the same product out of magic. Technology is hard and imperfect and slow. Magic is easy and perfect and fast. Why not use it? At least for a demo?

Make a list of all the cloud apps which have your personal data. OK, just imagine making a list. OK, use magic.

By magic, we make some giant company buy all these apps. It could be any of them, but let's say it's Facebook. Facebook buys all the apps. As of now, all your cloud computing happens in your Facebook profile.

Your Facebook is now your Dropbox and your Evernote and your Wordpress and your Gmail. And it's not just Web apps; all your servers move to Facebook. Your Nest talks to a Facebook server. Your iPhone talks to Facebook instead of iCloud. Your Fitbit records your heart rate in a Facebook log. Your Facebook manages your finances and pays your bills. Got bitcoin? Facebook is your wallet. Shop online? Check out the Facebook Store -- it sells everything!

In short, you can just lock your browser to facebook.com. The Web is dead. Or more precisely, it's an obsolete protocol which you use to log in to Facebook.

Does this sound creepy? Sure. It's incredibly creepy. But look on the bright side: it's also incredibly convenient. (And incredibly secure, at least with a 2-factor key.)

For the first time ever, all your data is in one place. For example, the engineers at Facebook, who are awesome, would never leave Dropbox, Instagram and iCloud as three separate things. You don't need an "integration" between them. Your profile is one thing: you. Your entire digital life.

(In fact, if you're a geek and have Unix boxes, your Facebook is magically integrated with Unix. You can just open your laptop and type ls /photos/2016/May/ -- as if your digital life was a chip in a box in your backpack, not redundant servers in multiple secure data centers.)

Imagine we all lived in hotels, all the time, even in just one city. Imagine you don't even have one room with a long-term lease. You sleep in one pod Mondays, another on Tuesdays... then, someone offers you a home. Your own house. With your own furniture, your own books in your own bookcases...

The good news is, you get your own house. The bad news is, it's in North Korea.

Having your whole life owned by Facebook is still creepy. Or so most people would think. It's not actually clear that it's more creepy to be owned by one corporation, than nine corporations. But it feels creepier.

By magic, Facebook cares. So it decides to free you. Actually, Facebook's business is owning you. So freedom will destroy its business. But magically, Facebook doesn't mind.

Right now, the software behind your Facebook experience is a million lines of Facebook goo. It solves your problems and shows your ads and does whatever the heck it wants with your data. (Not that it's "your" data. It's Facebook's data, about you.)

Without changing the functionality of your Facebook experience, Facebook replaces every component of this goo with an "agent." (You have about as many agents as you used to have apps.) If you don't care about being free, you won't notice the change. If you do care, everything changes.

One, you don't have to run Facebook's agents. You can replace them with anyone else's software, free or paid. Agents upgrade themselves automatically, but you are never locked in; you can always switch agents and/or vendors without damaging your data.

Don't like your email UI? Change it. Don't like to see ads? You no longer see any ads -- why would someone use an agent that showed them ads? Ick. Unless it's something ridiculously specialized, an agent is either free software or costs $3.99.

Two, agents act as you. Facebook is no longer the Panopticon. It is not a giant mainframe where all the code can access all the data. An agent can use as much of your own data as you give it; it cannot use anyone else's data. At least not without asking.

When anyone can write an agent, only code can be law. Privacy is no longer enforced by the informal decisions of Facebook product managers. It must be enforced by formal security policies.

This might constrict the services Facebook can offer, but only a little. Since privacy is a human universal, apps that don't respect it (for instance, image face tagging) feel weird. A service like this can't be broken up into personal agents; it still requires a Big Data mainframe somewhere. But it's okay; the agents can still talk to it.

For the most part, Big Data (everyone's) has become little data (yours). You no longer have a Facebook profile -- a fancy UI backed by a million lines of Facebook goo on one big mainframe. Now what you have is a Facebook server: a real computer. Or at least, a virtual computer (which is much more reliable than any one physical computer).

Is this computer hard to manage? You have the same basic job as someone who owns an iPhone: deciding what software to run. If you skip this job, your iPhone or your Facebook is still pretty useful. You also need to decide what data to keep. An iPhone has finite, free storage; the cloud has infinite, non-free storage. You still want a warning when your server gets fat. But at least it keeps working.

This agent-oriented Facebook can't show you ads. But this is not actually a huge business problem. Since Facebook owns everyone's life, it has the mother of all monopoly lockins. It can just bill you $9.99 a month for running your Facebook server. This is a great deal, for you and for Facebook.

But you're still a slave, Neo. A Facebook server still isn't a personal server. Monopolies suck.

Magic works, so Facebook feels guilty. It goes all the way toward freeing you, and ruins its own business.

Now, your server is just a big file whose format is precisely defined. You can move it to any hosting service, or even run it on a home PC. Since hosting is now a commodity, it costs almost nothing and has zero profit margin. It may even come bundled with your Internet service.

Every data center is owned by the local government. If you have data to hide from the authorities, compute at home. Most people don't have anything to hide and should run in the cloud, because the cloud works better. But using the same platform as those who do have something to hide creates "herd immunity". You don't have to choose between a secure platform with no network effect, and a non-secure platform that everyone else uses.

The bad news: lose the file, lose the identity. The good news: your server is genuinely personal now. It's yours in every way. It's so personal that if you destroy it, it's gone.

Facebook doesn't even keep its power to create new servers. The "real name" policy has done great things to control spam, because spam always depends on disposable accounts. But it implies a central authority.

Instead, Facebook borrows an idea from bitcoin and just limits the number of identities. If you need one, you have to buy one. They don't cost that much; just enough to deter spammers.

(Is your real name still linked to your identity? Maybe, maybe not. There's a role for name validation, but not everyone needs to have a real name, and not everyone else needs to know it. A dissident, or anyone who wants to speak out and let the words speak for themselves, might want a second anonymous identity. But sock puppets remain evil -- two names for the same person should not interact in the same place.)

And, with magic, we've succeeded in turning Facebook into Urbit. Technically, Urbit is pretty close to magic, but there is no way it's going to happen this way. See the roadmap for how it actually happens. 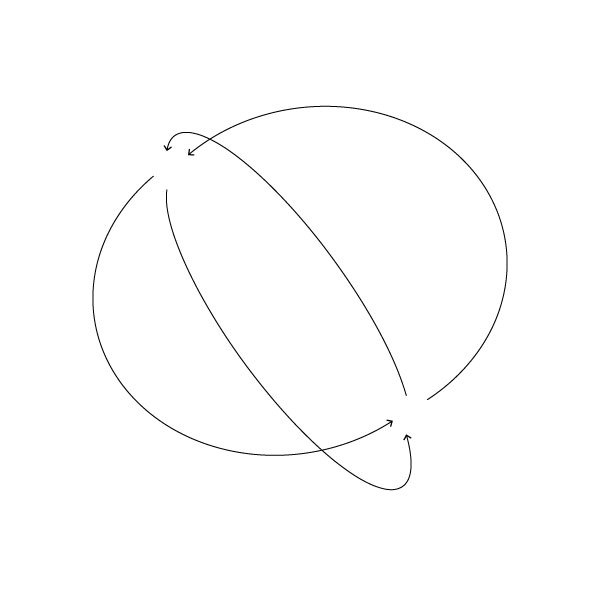 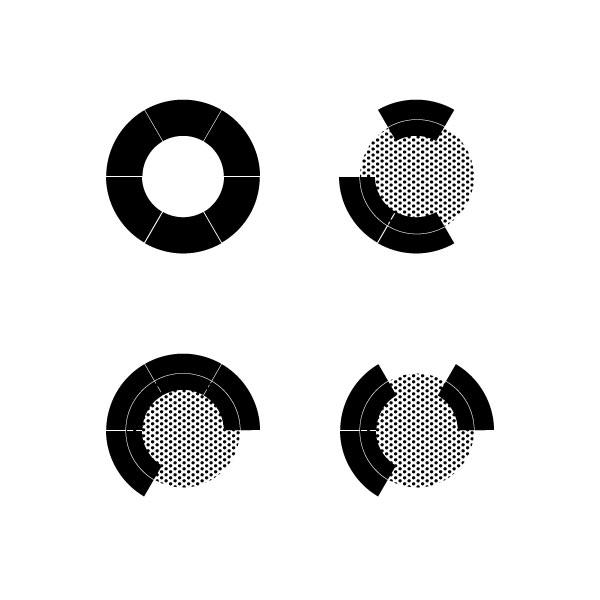