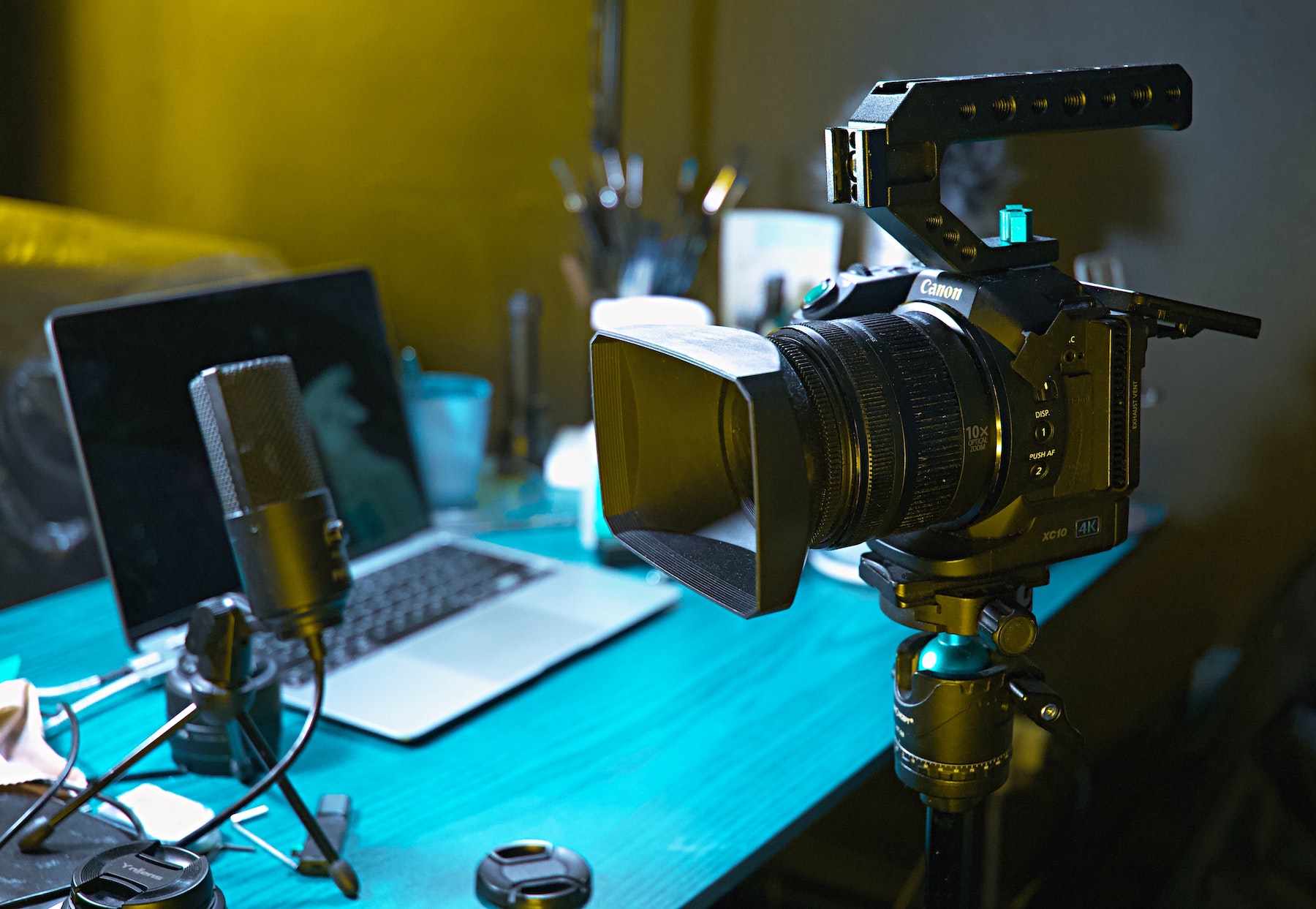 Justin Murphy runs a creator network. As a thinker, writer, and podcaster, he works to grow value within this network in order to stay independent. No ads. No branded content. Just varying degrees of membership, with members enjoying private channels and cohort-based courses all under the header “Philosophy and technology for the ungovernable.”

Murphy’s “personal media company,” called Other Life, is composed of a newsletter, podcast, Youtube channel. It also extends to Urbit; Other Life is one of the largest groups on the network. Followers and friends of Other Life create and share their own work within the network, aided by a catalog of courses. Murphy’s next logical step is building what we’re calling a Creator DAO: all the same stuff, but instead of a la carte memberships you secure your spot via ERC-20 tokens. In exchange, you get access to all levels of his community and content and attain the rights and responsibilities inherent to any DAO member. 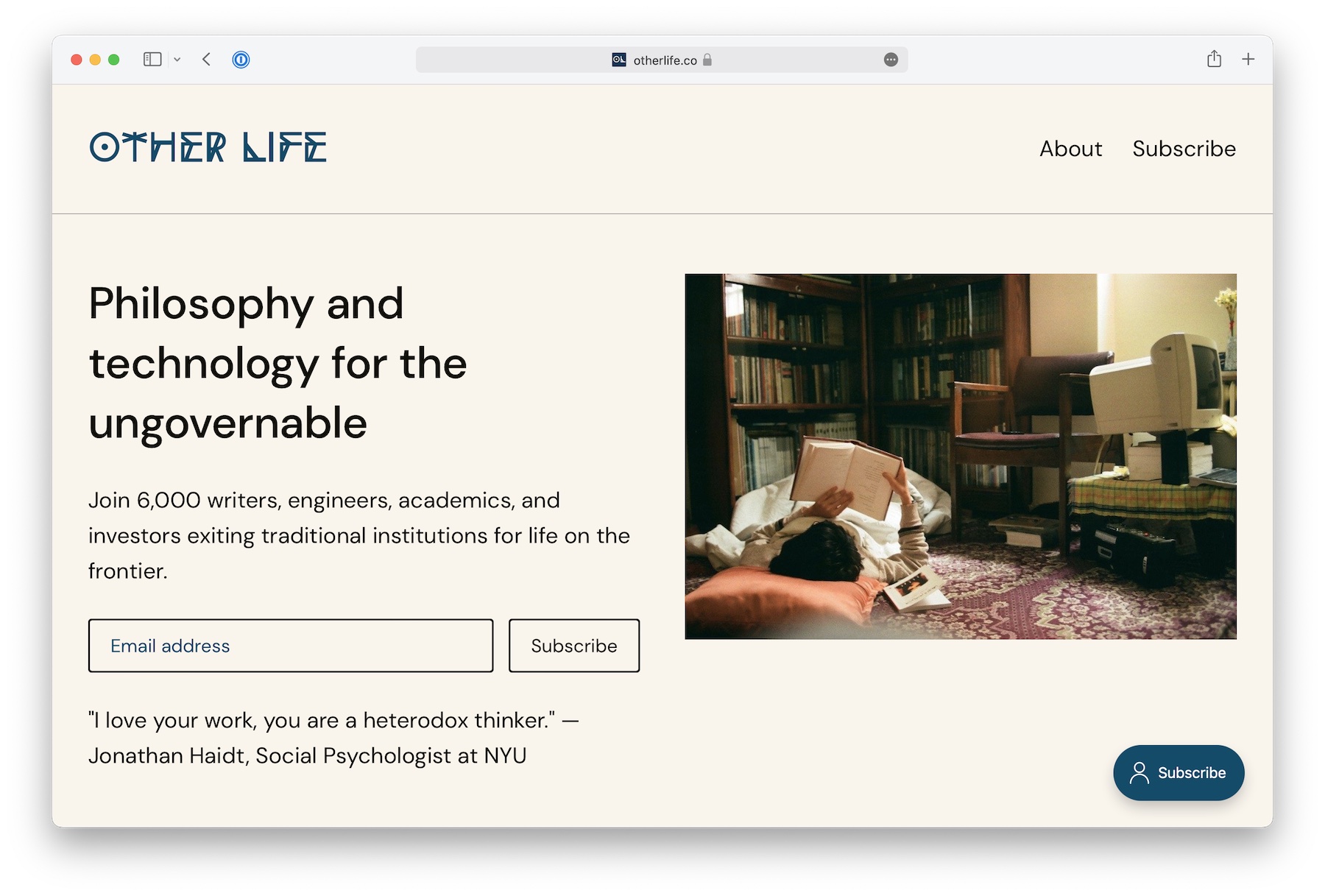 In contrast to centralized programs like Discord, Urbit offers creators far more flexibility in interacting with their fanbases. Say, for example, you want to set up a trustless contribution program for guest writers. The Urbit app Straw supports group curation with voting on proposed articles. To increase guest engagement and expand participation while also maintaining quality control, Murphy can use Straw to initiate votes on his own pieces or potential guest pieces, which automates publication to the clear web when a vote passes.

“Imagine I want to publish to the Studio newsletter, and when I go to click publish it first gets sent as a proposal to Straw, and it only actually gets published if a majority of the group agree that it passes the quality bar. As Straw develops, you can imagine that if the proposal is passed, two things happen. One: the post in the Urbit notebook gets sent to the email newsletter through Studio. Two: money is transferred.” 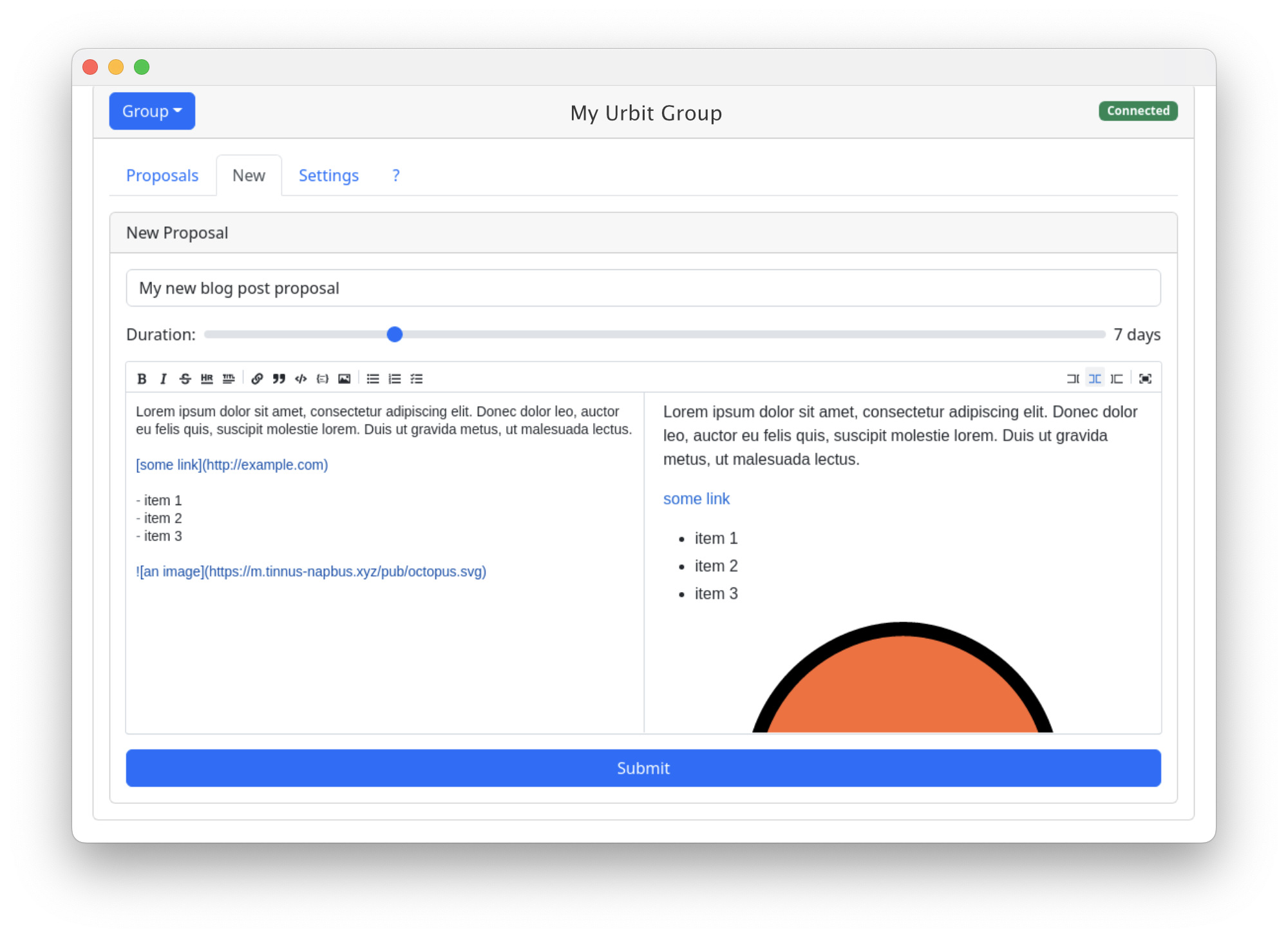 “I’ll offer bounties, making a list of topics that I want people in the group to write about,” says Murphy. “They can publish permissionlessly to the group blog, through Studio and anyone in the group could potentially publish on any set of topics, kind of replicating a multi-author magazine.”

Straw opens up a whole new way to decide what—and who—creators publish next. We’re the last to advocate art-by-democracy, but the potential is huge.

Urbit also offers a novel solution with regards to vetting group members and weeding out bad ones. As Murphy points out, Holium’s Urbit app Ballot—which works like a decentralized Snapshot for Urbit Groups—allows creators to decentralize the expulsion process. A shift which many who run creator networks would much prefer.

If someone makes a proposal in Ballot, and maybe the owner gets to decide the threshold where if a certain amount of people want to kick someone out, they're kicked. It's actually a really annoying burden, in some ways, to know who to kick out. How bad does someone have to bet? You can have all the rules and regulations you want and try to be as objective as possible, but ultimately the owners and the admins have to use their judgment to decide. I would frankly much rather not have that responsibility. I would love for it to be hardwired such that only a super majority, or something like that, could do it. You can imagine that as a custom action on Ballot.

One can imagine this custom action with a combination of Ballot and the Forms app. Since the form data is all on Urbit, it would be a simple matter for an app like Ballot to automatically access that information. With a few forms to vote on membership, this would make adding members equally simple, automated, and trustless as kicking them.

“I think the Forms App is cool. You can use it on certain channels where if you want to get in, you fill out a form, then it's evaluated by Ballot. So the content of a form submission gets plugged into a proposal. People vote on the information supplied in the form and if the vote is approved, then the person gets added to the channel or group.”

These use cases help with DAO flexibility, usability, and decentralized automation. But another important reason to build a DAO on Urbit is that you’re building your network on P2P “real estate.” On Urbit, both creators and their communities own the address space and every action taken in it—it can’t be canceled or deleted or made inoperable, a far cry from other platforms where you can be suspended for arbitrary Terms of Service violations.

“The main positive is you and your community getting to own the real estate that you operate on,” says Murphy. No other app, even dapps like Agora or Snapshot, allows for a genuinely P2P offchain operating environment. Your Urbit ID is self-owned and portable, and you build your community P2P. Your creations are yours and you can continue building them without corporate middlemen ripping your canvas out from under you, or changing your tools or access without notice. 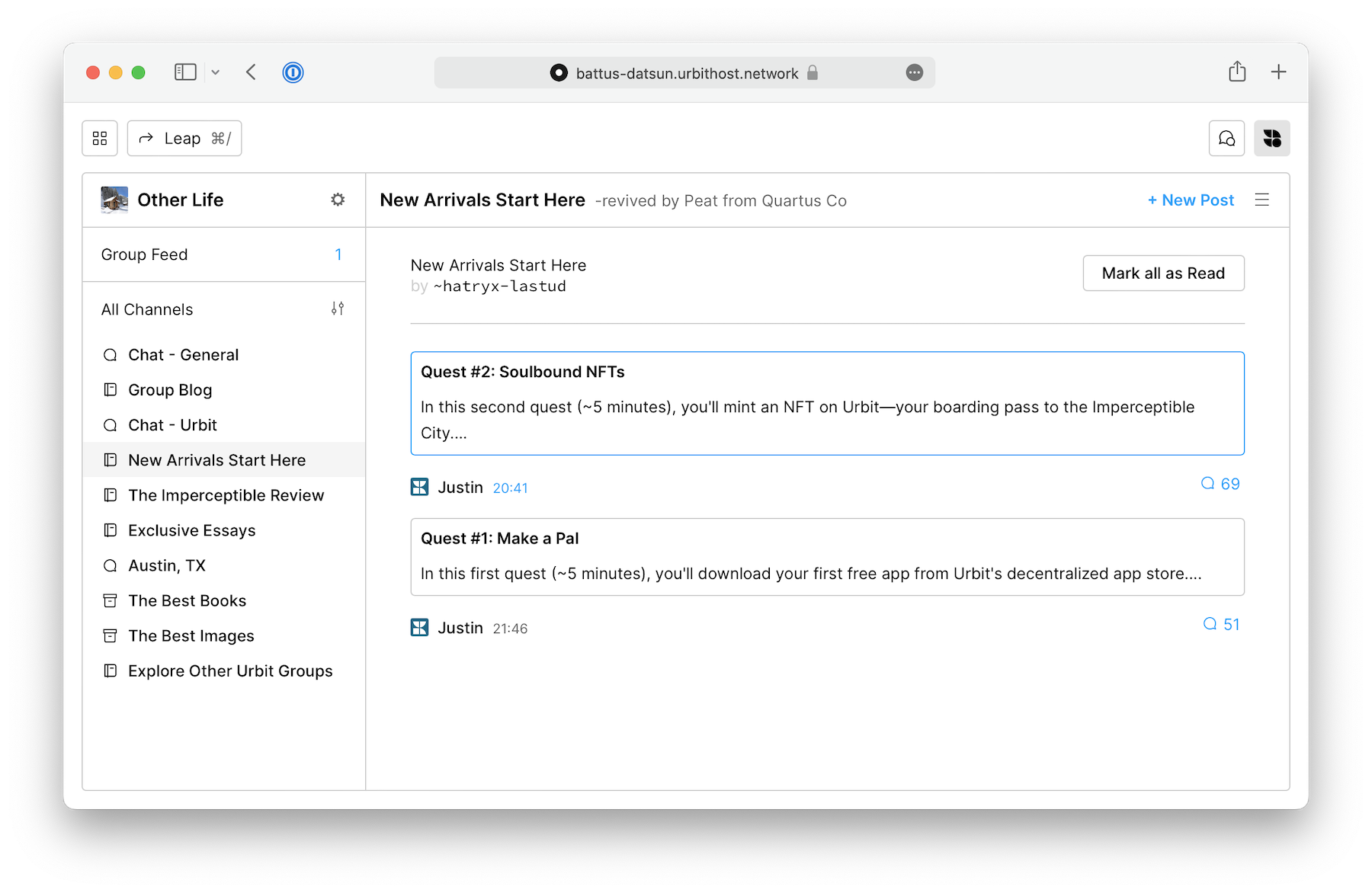 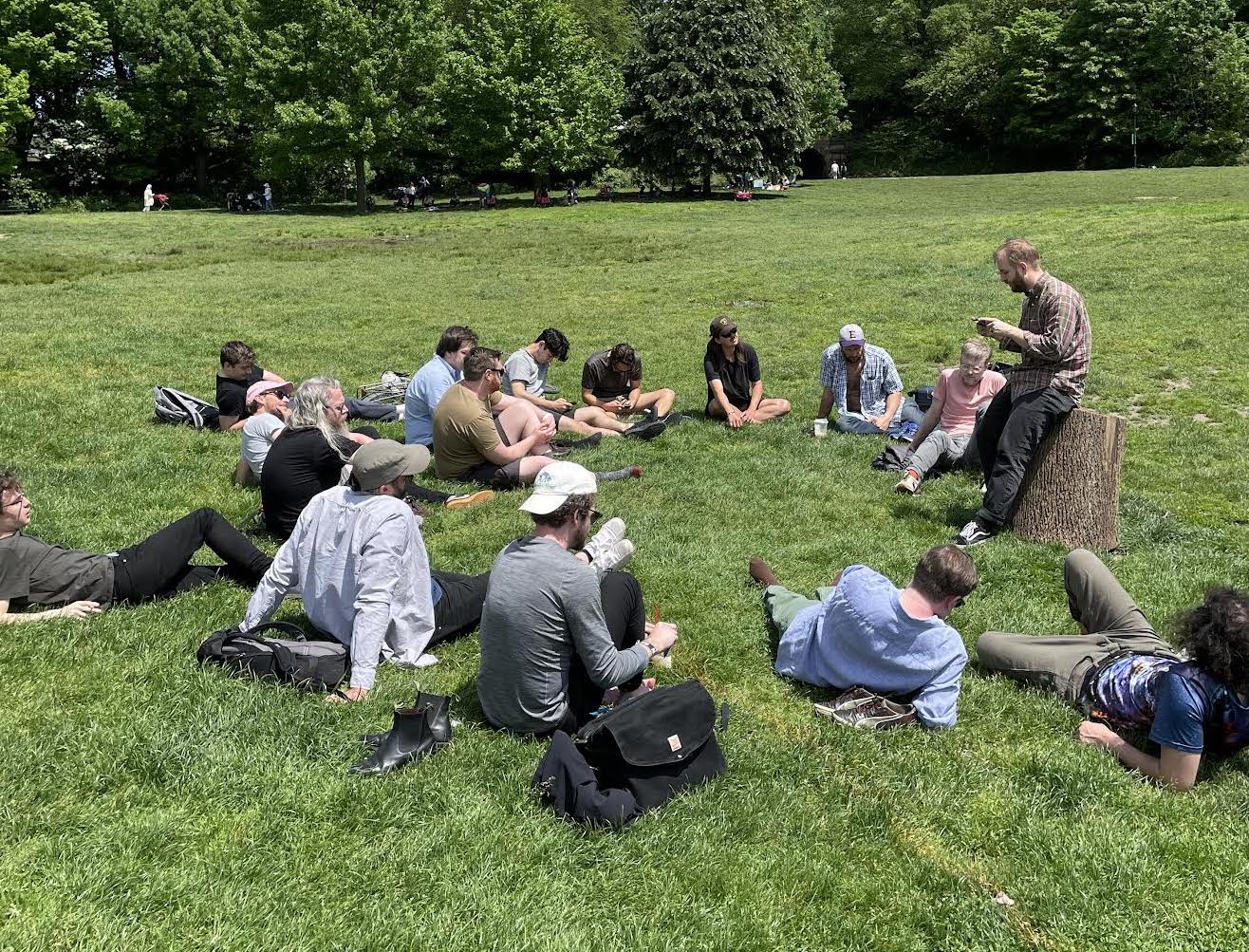 Murphy already offers his members access to the Other Life urbit group.

The second most important Urbit trait after ownership is durability. The creator economy tools change all the time. Every time you try to move your people from one new app to another app, you lose a lot, right? You want to be an influencer, you want to be an important thinker and speaker. All of a sudden, you’ve got to be on Clubhouse! This means telling the people on your newsletter, telling your Patreon subscribers, telling the people on your podcast, hey, download this cool new app called Clubhouse and find me there. It's going to be awesome. It's so cringe and corny and only a small number of them will even make it over there. Then all of a sudden, no one's on Clubhouse and no one wants to use Clubhouse anymore. This is a major problem for people navigating the creator economy. I think one of the big selling points of Urbit is—this is the one place that I’ll always be. I (will have) been working on my Urbit for over 10 years. This thing is going to be the nuclear bunker of the internet.

Creator DAOs are perhaps the smallest, most nimble type of DAO—a creator, his followers, and the content they share between them. For that reason, they’ve been underplayed as archetypal DAOs. But their small size and flexibility may make them the perfect candidate to realize the possibilities of immensely improved DAO experiences.

Isaac Simpson is a Los Angeles based writer and the founder of the marketing agency WILL. You can read his work on his substack The Carousel. 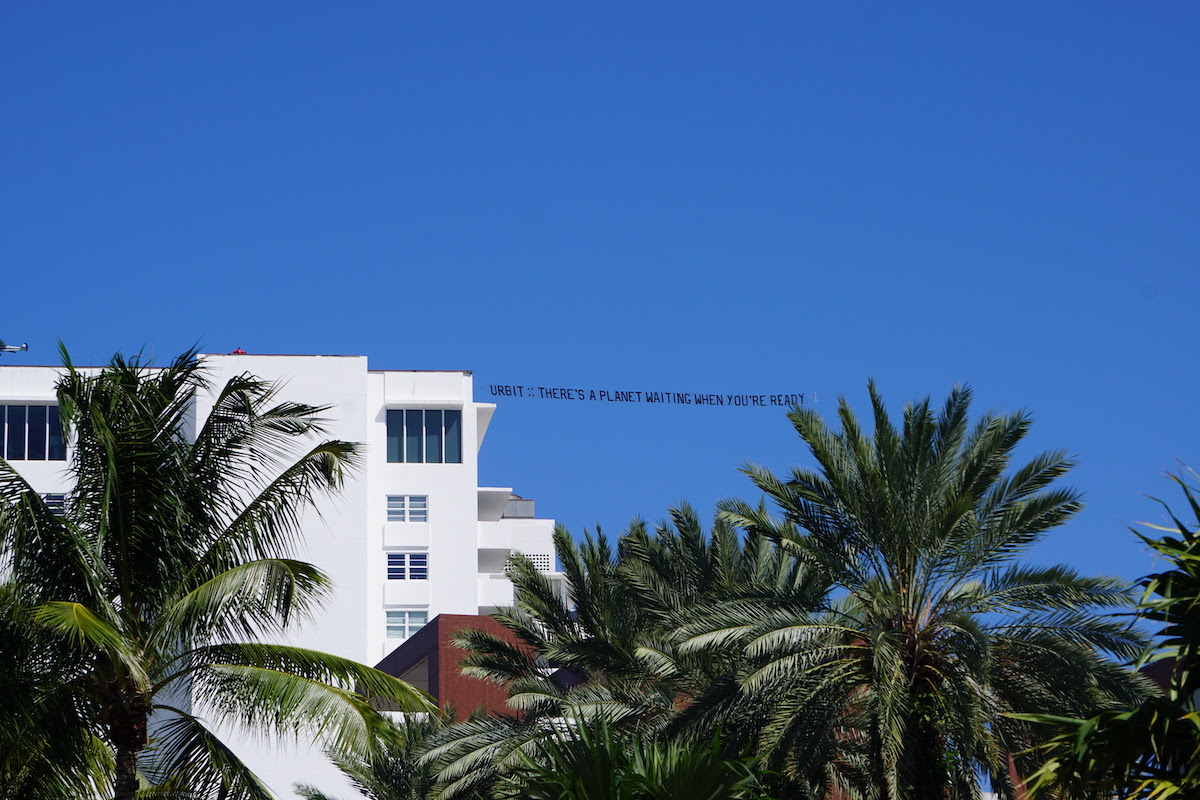 The Dream of the Agency DAO 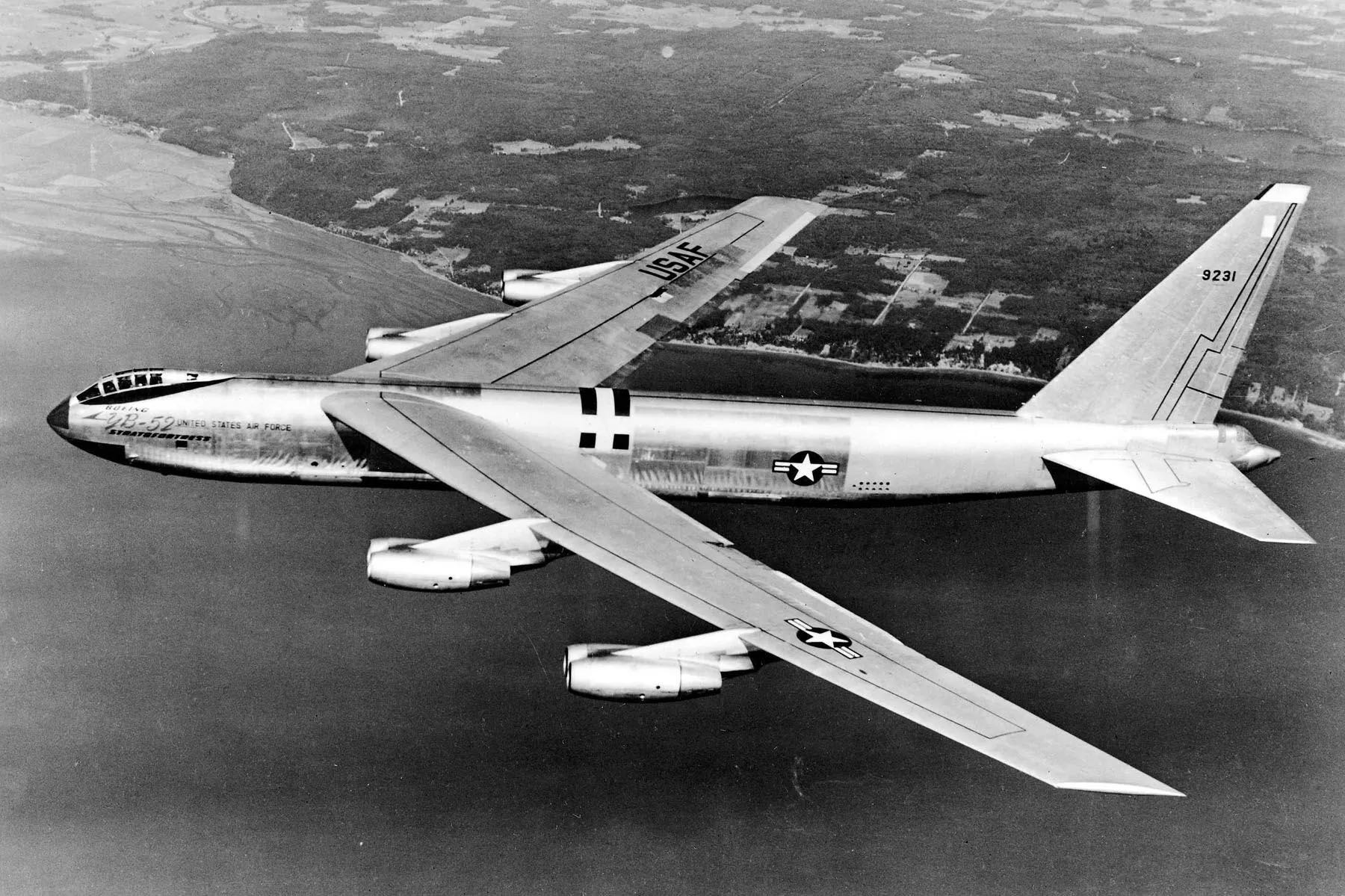