Joining public groups is straightforward: search for the group host's Urbit ID, and join. Some groups are private, so you'll need approval to join.

And still other groups are secret! Which means you can't find them, and you'll need to be invited to join.

Let's walk through the process of finding and joining a public group.

Once you’re on the network, you’ll see Landscape, which is filled with large applications tiles: Talk, Terminal, and Groups. Click on Groups. 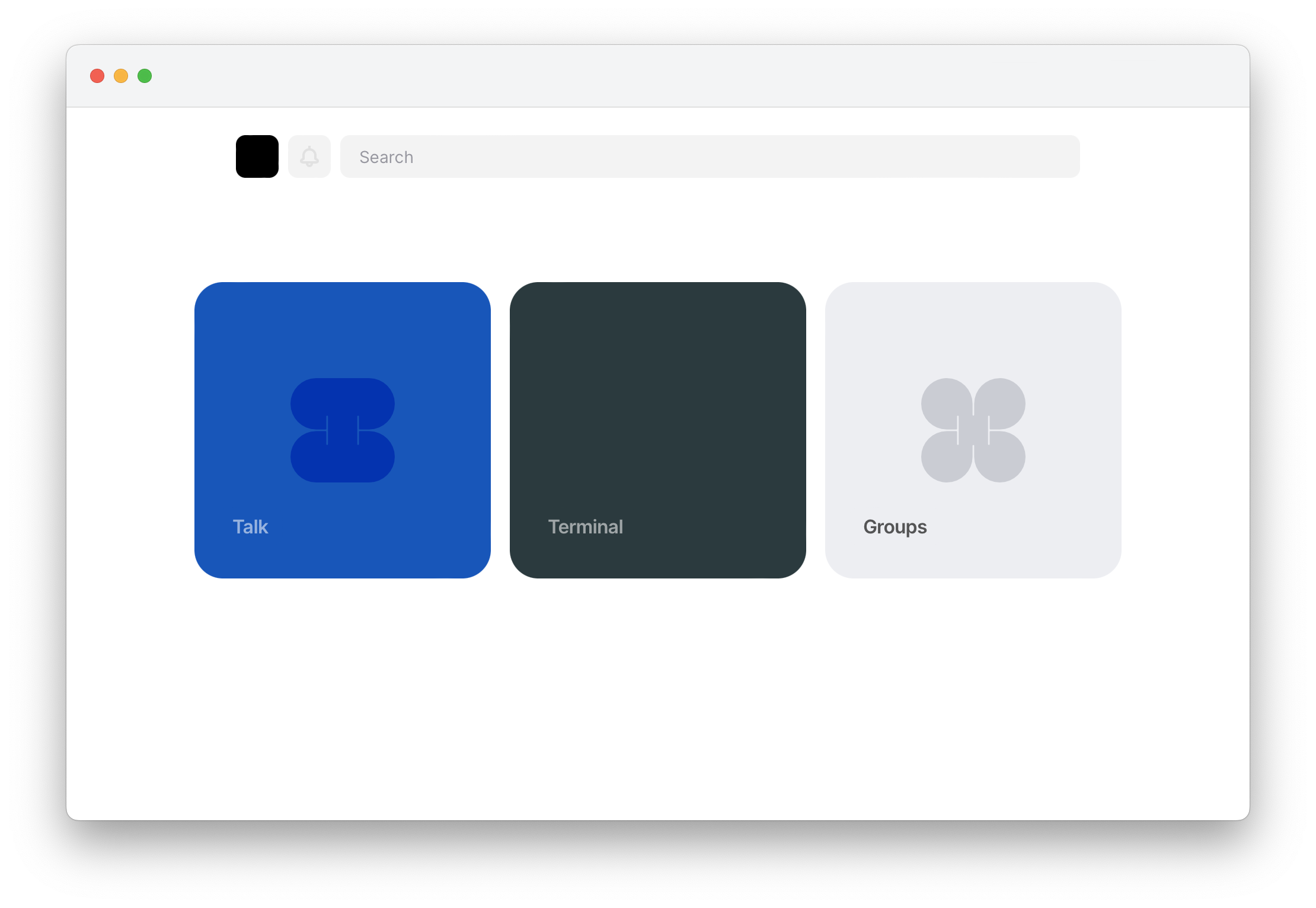 To join a group, you'll need to know its host Urbit ID (e.g. ~bitbet-bolbel) or its full Urbit address, also called a shortcode.

Check out some public groups in the urbit.org groups directory

As an example, we’ll start by joining UF, the Urbit Foundation's official group.

In the Groups app, click on "Find Groups" in the left column and enter ~halbex-palheb/uf-public

Then click on the "Join" button once the group appears. 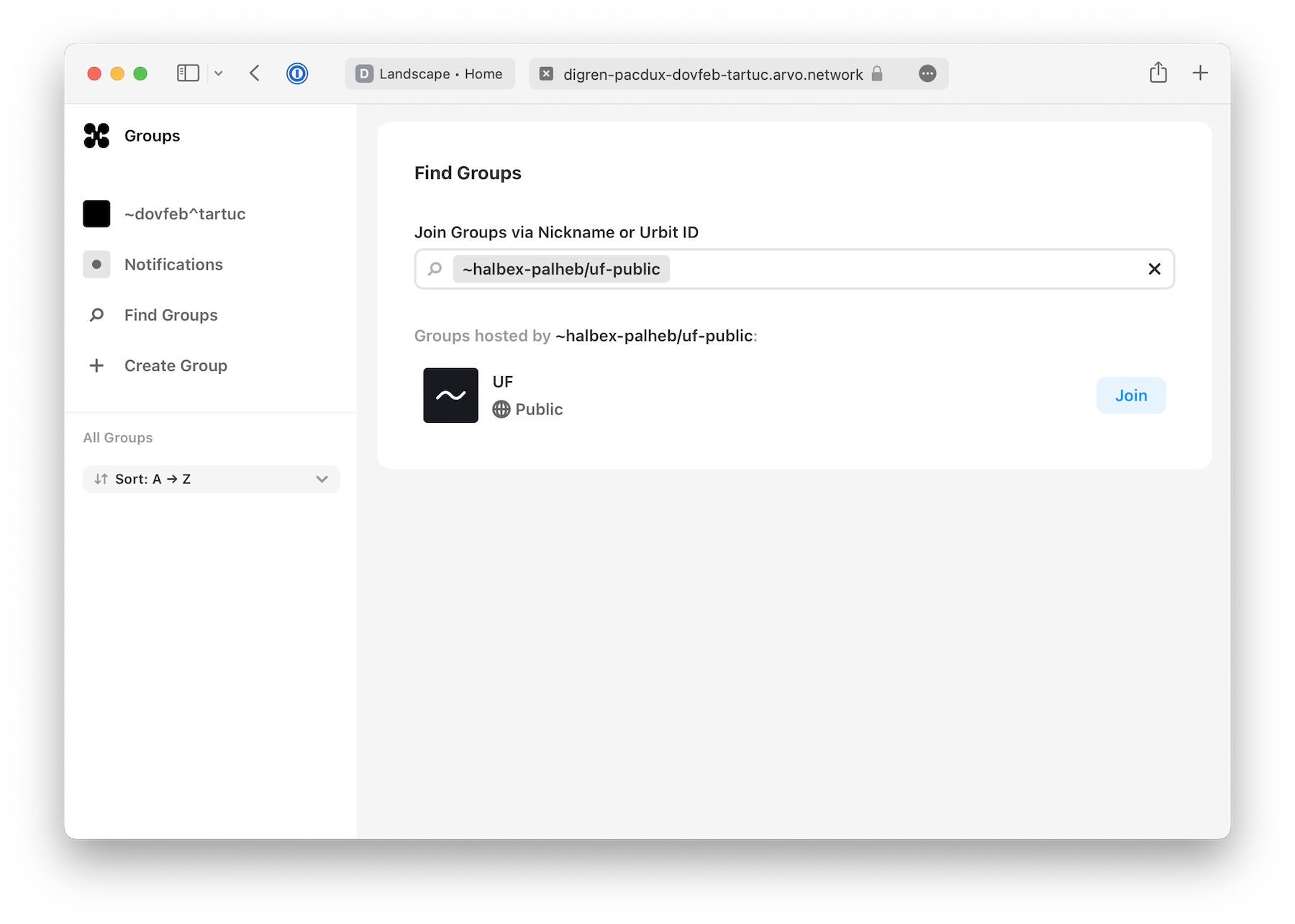 After a few moments the default channels will load. For groups with a large backlog, such as Urbit Community (~bitbet-bolbel/urbit-community), this may take a few minutes. 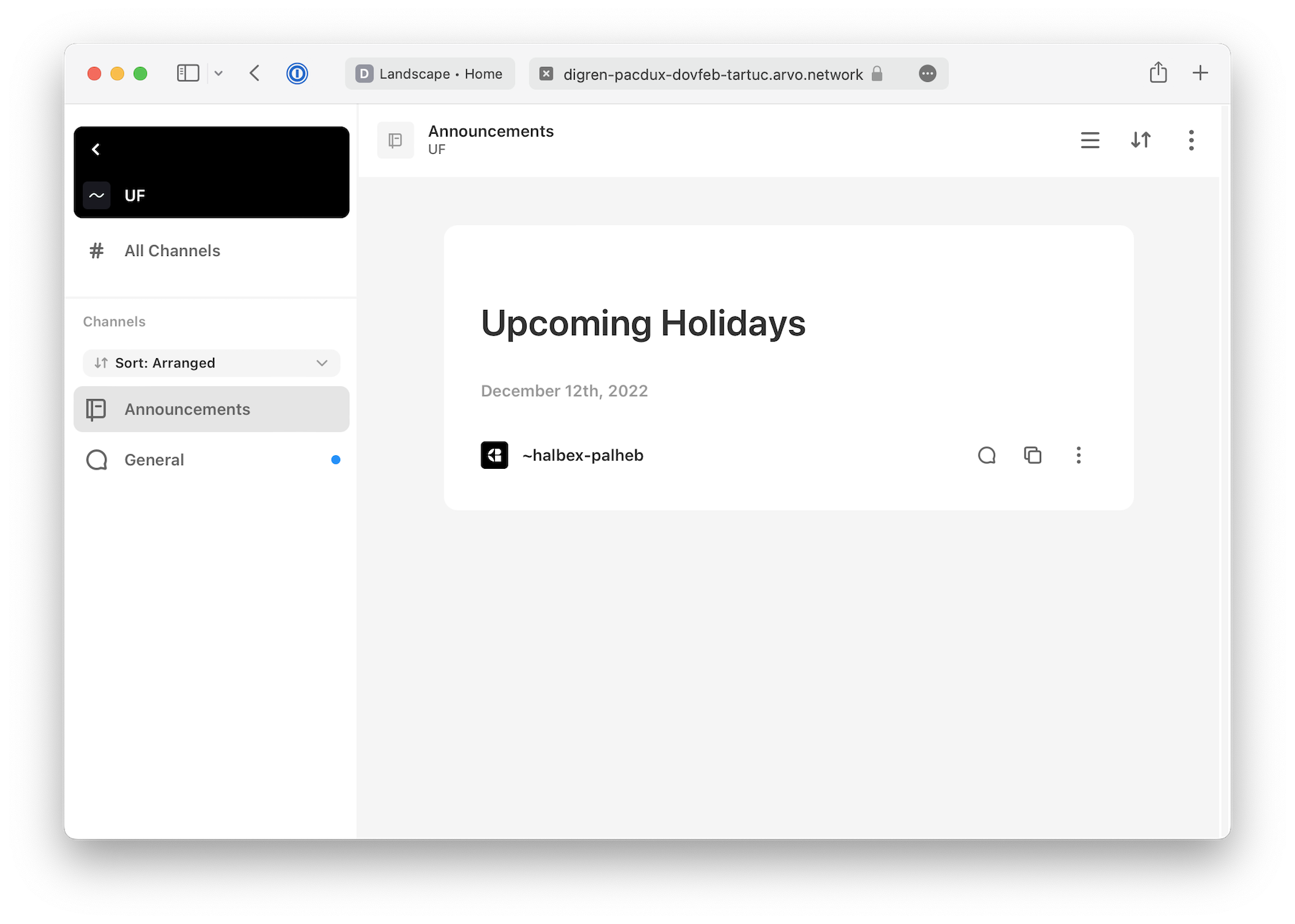 We can join more channels in the group by clicking on the "All Channels" link in the left column. 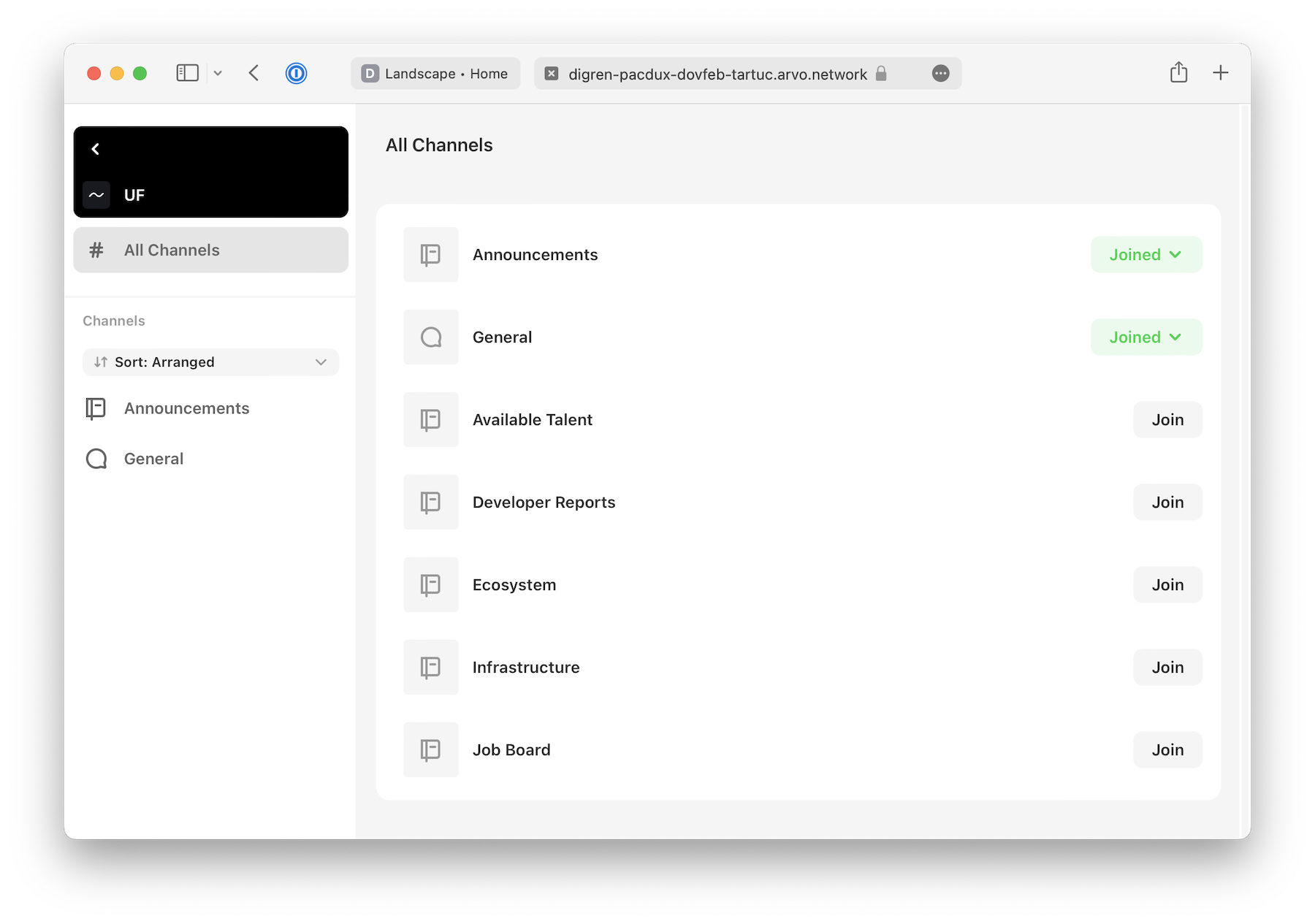 In addition to posting text, you can now react, start threads, and reference messages by hovering over chat messages. And you can leave comments in notebooks if they are enabled.

Remember to be nice, and have fun. 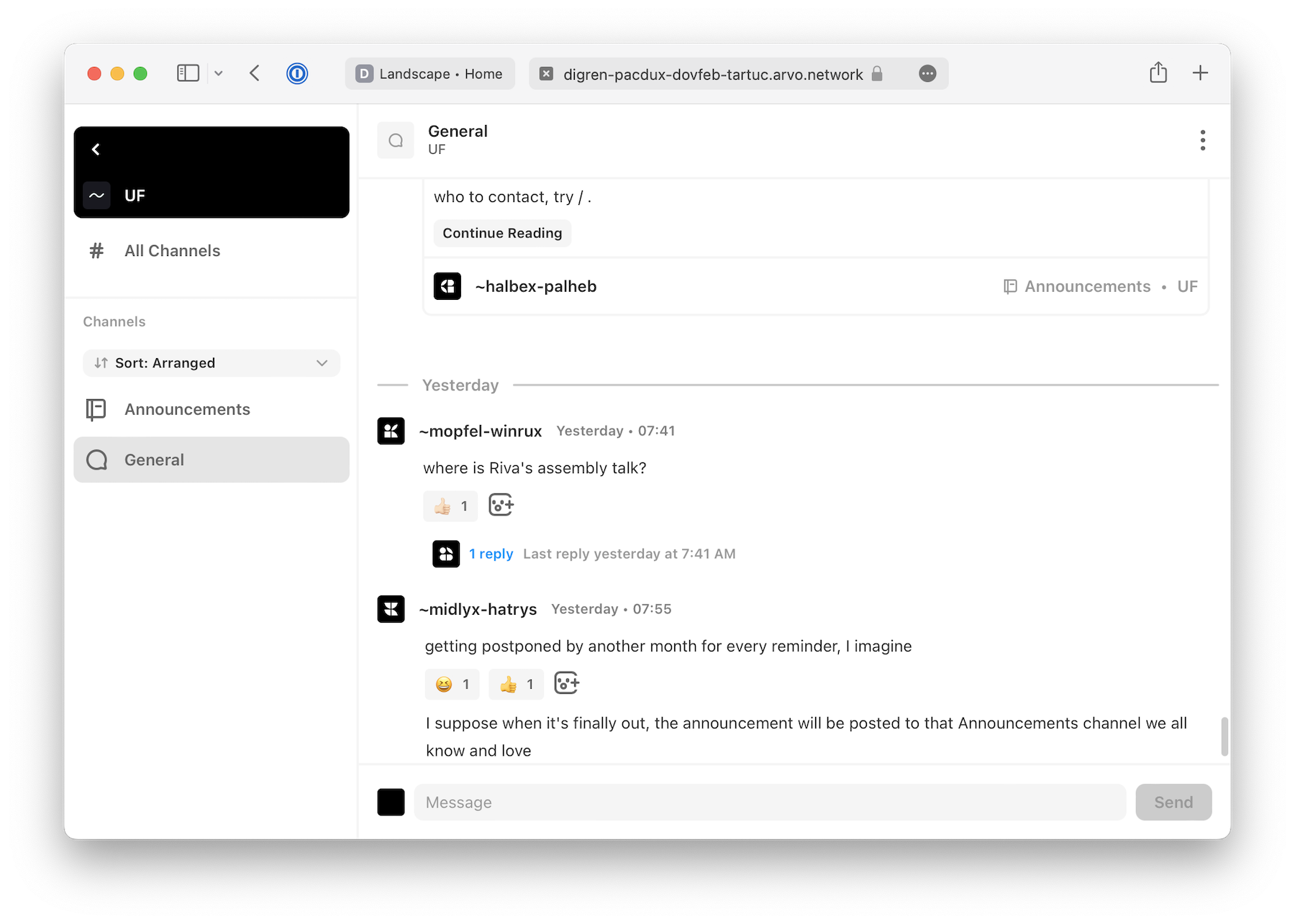