Assuming Urbit OS is simple enough for an ordinary user to own and operate, how do they log in? How do people identify one another on this new network? When people want to get data, files and messages to one another, how do they do it? And how do we prevent spam?

Urbit ID is the answer to all these questions. Urbit ID is a decentralized addressing and public key infrastructure designed for Urbit OS.

Let’s talk first about what an Urbit ID is and what it does. Then we’ll cover our design goals and how the system works overall. 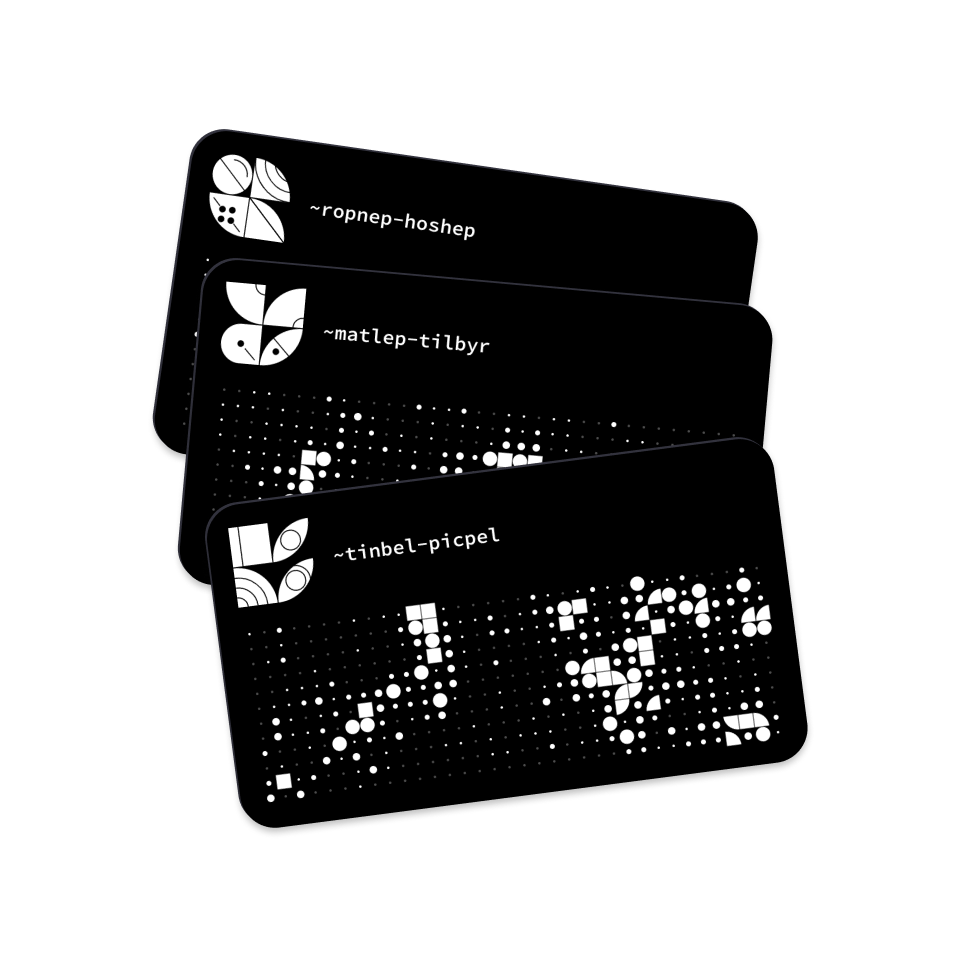 Your Urbit ID is a short, four-syllable name like ~ravmel-ropdyl that you own with an eight-syllable master passkey like ~palfun-foslup-fallyn-balfus. This name and key lets you log into Urbit OS, and it’s used to encrypt packets you send over the Urbit network. Soon it will also be a master key that allows holding and sending of Bitcoin and other cryptocurrencies. Your Urbit ID and passkey belong to you like any other cryptographic assets. No one can take them away from you (just make sure to store the key safely).

The Urbit ID registry is live and deployed to the Ethereum blockchain. Urbit ID isn’t specifically wedded to Ethereum – someday we’d like it to be hosted by Urbit OS itself. Also, Urbit ID is the only component of the stack using Ethereum – your Urbit OS node is hosted wherever you choose. The primary function of the Urbit ID registry is to keep track of who owns what, to specify which keys are associated with which names, and to enforce the rules of address distribution.

Each Urbit ID is really just a number. From that number we generate a pronounceable name and a visually identifiable sigil. ~dalwel-fadrun is 3,509,632,436, for example.

You can also call stars ‘infrastructure nodes’ and galaxies ‘governance nodes’, since those are more descriptive names for their roles. Stars help route packets, kind of like an ISP. And galaxies are a bit like DNS root servers or ICANN members. The difference, of course, is that Urbit IDs are owned cryptographically by many different people and accrue reputation independently.

At a high level, there are three important things to understand about the overall Urbit ID system design.

First, scarcity: there are only 232 (~4B) Urbit IDs, so they cost something. Since they cost something, people are less likely to use them to spam or abuse the network. When you meet a stranger with an Urbit ID, you know they have some skin in the game (even without leaking personal data in either direction). That said, each Urbit ID is purely pseudonymous, so ~dalwel-fadrun for example, is proof of some stake in the network, but not much more.

Second, decentralization: Urbit IDs are distributed by a sponsorship tree. Each sponsor issues a fixed number of addresses. Since there are lots of sponsors, there are lots of ways to get an Urbit ID — not just one central authority. Once you get one, it’s yours forever.

One point that’s useful to understand about sponsors is that while Urbit IDs always need a sponsor, or parent node on the network (primarily for peer discovery), it’s always possible to change sponsors and sponsors can always reject children. This means bad actors can be banned and abusive sponsors can be ignored. We think this strikes a nice balance between accountability and freedom.

Third, governance: galaxies (the top of the sponsorship tree) form a senate that can upgrade the logic of the Urbit ID system by majority vote. We think Urbit ID will last for quite a long time, but if it ever needs to be updated, the galaxies can vote to approve, reject, or propose changes to the contracts. Code may be law, but ultimately we acknowledge that human judgment can’t be factored out.

The Urbit ID sponsorship tree is not intended to be a social system in any way. Interactions between people and communities on the Urbit network are peer-to-peer, entirely organic and completely uncontrolled by the address hierarchy. Urbit ID is simply an authentication substrate upon which reputation and communication systems can be built. (We’ve even considered renaming stars and galaxies ‘infrastructure’ and ‘governance’ nodes, respectively.)

Your relationship with your sponsor should be sort of like your ISP or a utility provider: a passive, non-invasive relationship. If it isn’t to your liking, moving to a new sponsor is very easy.

Urbit IDs are property, and we think of the entire registry of Urbit IDs as a vast territory of digital land. 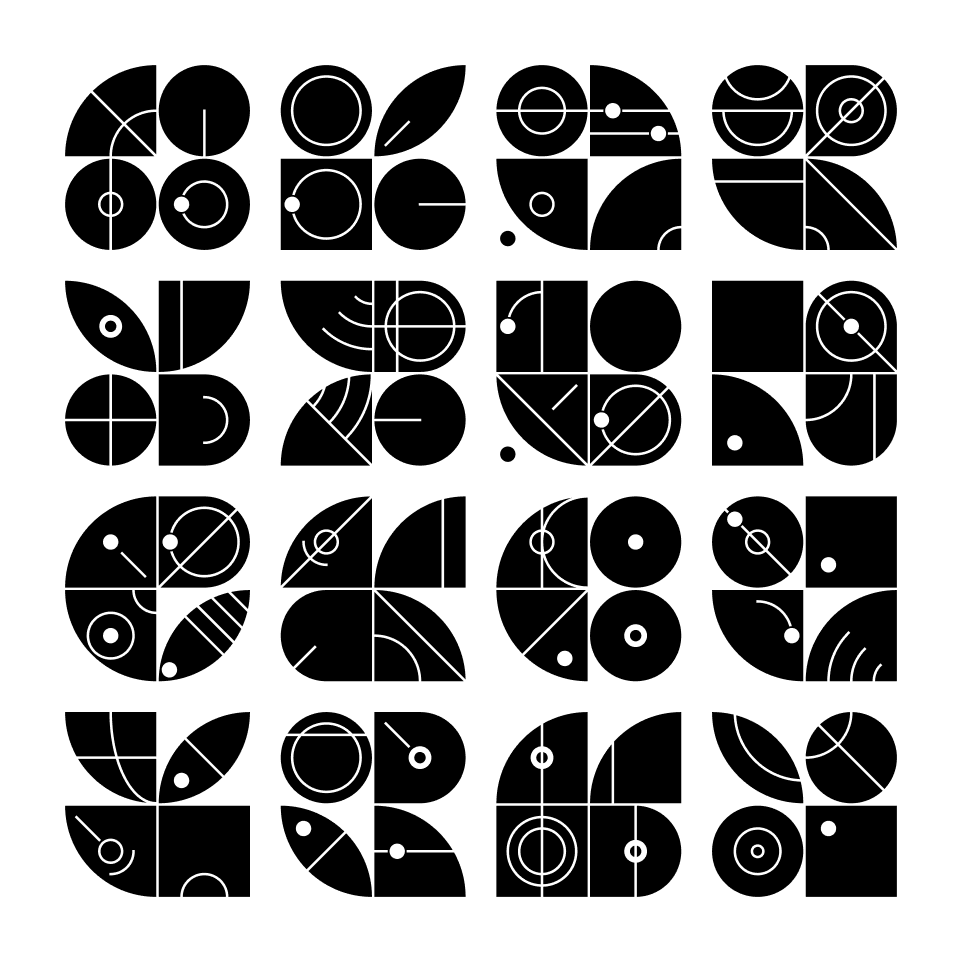 The scarcity of Urbit ID address space gives it value and that in turn helps bootstrap decentralization even while the project is young. Broad distribution is important – if Urbit is going to last a long time and succeed as neutral infrastructure, it has to be owned and controlled by a wide variety of people.

When we launched the Urbit ID system, in January of 2019, there were a couple thousand different star and galaxy holders acting as stewards of this digital land. Since then, that number has been steadily on the rise.

Ultimately, we want your Urbit ID to feel like a civilizational key. If your Urbit ID were a piece of hardware, you could tap it to unlock a door, swipe it to buy a coffee, and plug it into any computer to log in. Your Urbit ID should be a unique, beautiful object that’s both an address and a wallet. It’s a key to a secret club and the ticket to your digital life.

If you’re curious to see exactly how this system works, the code is of course open source. Including the source for our phonemic naming system and the visual representations. There’s even a Figma plugin for using them. There’s also an interface for interacting with Urbit ID whose source is open, too. Since the Urbit ID registry is live and deployed you can even look at the chain.